Meaning of Mixed Cost in Accounting

There are two ways cost can behave. They can either be variable or they can be fixed. However, some activities combine both variable and fixed costs. When this happens, we call it mixed costs. For example, a salesperson’s salary can include a fixed salary as well as a commission which is a variable cost. 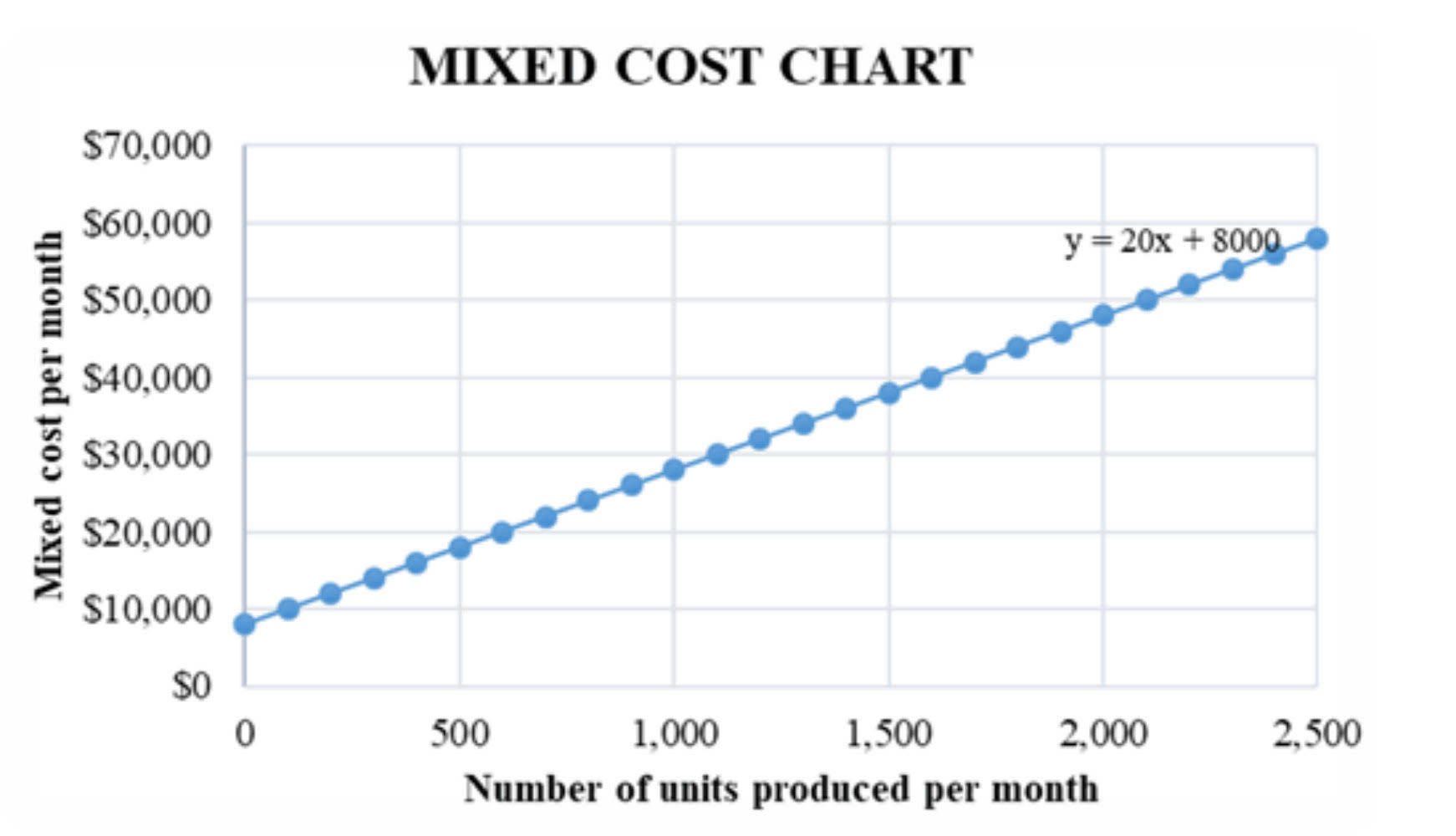 The fixed part in the composition of the mixed costs represents the basic expenses incurred in the process of obtaining a set of services or goods, and the variable part is the costs focused on their current use. The variable element changes in proportion to the amount of goods/services. Thus, as volume increases, the total mixed costs increase because of the variable cost component.

Note in the graph above, that the mixes costs line does not start at the origin at zero volume. This is because the fixed costs are incurred regardless of volume. Thus, the mixed costs line starts at the amount of fixed costs and increases as variable expenses increase.

In the accounting policy of the organization, it is assumed that mixed costs have a linear dependence dynamics: 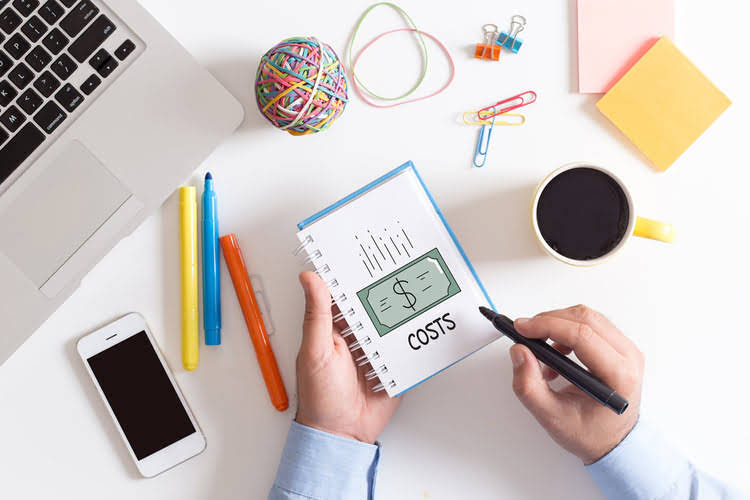 In the accounting records, as a rule, only the volume of products produced and the total value of the mixed costs (X and Y) are reflected, these values are used to estimate parameters a and b. In turn, having determined the values of a and b, it is possible to predict the dynamics of mixed costs when the volume of output changes.

When making decisions in forecasting and a number of other cases, it becomes necessary to split the total costs into fixed and variable components. If the share of mixed costs in the total cost is relatively small, it is reasonable, in our opinion, either to split them randomly or assign the total amount to any of the above categories. In any case, the error will not be significant and will not seriously affect the correctness of the decision.

However, in many enterprises, the amount of mixed costs is too large to apply such simplistic approaches. In such cases, there are several approaches one can use to calculate the portion of the fixed and variable costs in the total expenses.